The first thousand words of Unplugged are reprinted immediately below. Or, if you’d prefer, you may jump directly to —

Want a peak at the first thousand words? Here you go: 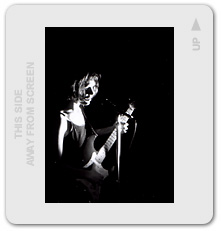 Fifty-six hundred voices chanted Dayna’s name, blasting the two syllables in fervent unison toward the recently vacated concert stage as if intending, through force of volume and will, to conjure the twenty-seven-year-old singer out of thin air.
Dayna Clay had just held the sold-out crowd in thrall for an hour and a half, barely stopping for breath or bottled water between songs. She and her band had torn through Dayna’s current hit at the outset but had yet to perform her breakthrough single — the song that, since it hit the airwaves half a year earlier, had attained anthem status among a large segment of the teens-and-twenties set from coast to coast. In so doing, the song had brought both her major-label debut and Dayna herself public attention as serious as it was sudden. And on this, the final night of her seven-month North American tour, anticipation was high that she was saving the best — or, at least, the most-in-demand — for last.
As the murky silhouettes of Dayna and her four backup musicians finally re-emerged on the half-lit stage and took their positions, the chant erupted into a cheer. Dayna adjusted the strap on her cordless electric guitar — a sleek, custom-made, black and blue Stratocaster — and stepped up to the microphone. “Thanks,” she said, a spotlight training itself on her angular features. “Last encore. Last song.” 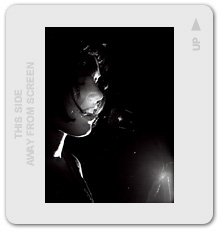 She ran a hand through her dense chestnut hair and peered out through the haze of cigarette smoke, surveying the sea of heads and upraised arms billowing before her. Glancing straight down, she met the gaze of one of her younger fans: a boy half Dayna’s age standing with palms pressed against the small wooden barricade that, along with a handful of security guards, separated audience from stage. He had spent the concert watching her fingers, intently studying her fret work — a budding guitarist himself, no doubt — but now stared worshipfully into Dayna’s eyes.
She looked away. “Guess you all know this one…”
Another cheer — but one that, as Dayna stood silent and still, quickly subsided.
“I’m pretty sick of it myself. Though I…” She paused. “I remember when it still…”
A female voice from the balcony: “Still does, Dayna!” The comment generated a round of supportive applause, sprinkled throughout the balcony and main floor.
Dayna stared down at her guitar. “Lucky you.” And with that, she unleashed the much-anticipated opening chord.
With a roar of approval that, to Dayna, had grown all but meaningless with nightly repetition, the crowd began surging back and forth in time to the music. After the requisite eight measures of guitar intro, the other musicians kicked in, investing Dayna’s ever-potent composition with their own energy and emotion and pushing the audience into an exhilaration bordering on frenzy. Spotlights and lasers bobbed and weaved, sweeping the stage with pre-programmed yet seemingly random abandon. Occasionally, two beams crossed paths at center-stage, and Dayna — head bowed, hammering away at her Strat — appeared to be pinned at their intersection.
Behind her, purple and red strobes flashed and pulsed as Dayna navigated her song’s unusual chord changes and stop-and-go rhythm with proficiency and poise. Then her head rose, face constricted, eyes shut tight, lips straining toward the mike, and her acclaimed voice — a searing, unsettling contralto, a rich and darkly radiant sound — seized the room with its familiar words of defiant accusation. The bass drum pounded menacingly, each beat reverberating right behind her ribs as Dayna delivered her unflinching account of childhood trauma and torment. A multitude of voices joined hers as she reached the chorus:

Your virtual virtue, your make-believe soul
Took vicious advantage in taking their toll
Your counterfeit conscience, your replica heart
Can wear me and tear me but never apart

As her band charged into the song’s bridge, Dayna’s eyes fell again on the boy below. As before, he was focused on her fingers, scrutinizing — but then, sensing her gaze, he looked up. Dayna mouthed two words: “You play?” After a stunned moment’s hesitation, the boy nodded. Dayna stuck her pick between her teeth, dropped to one knee and extended her right hand. Barreling over the barricade, the boy took hold of her forearm, and Dayna — nodding her OK to the approaching guard — hoisted her young fan up onto the stage.
Still playing, the other musicians watched with curiosity and concern. At the stage’s edge, two more kids tried to follow but were promptly dissuaded as the rest of the audience voiced vicarious delight at the success of the first.
Standing beside her, the boy — five-foot-four and skinny, with a mass of chaotic brown hair — could almost have been the singer’s twin. Both wore jeans, but in contrast to Dayna’s black tank top, the boy sported a white T-shirt with a grainy, larger-than life photo of his idol’s face printed across the front. Dayna removed her guitar and slung its strap over the boy’s head, in the process blotting out her own image with the body of her instrument.
She offered her pick; he took it, hunted briefly for the right minor chord, then found it. All at once he was playing the song that, back in his bedroom with his own, off-brand guitar, he had played so many times before while envisioning himself backed up by just such a band on just such a stage before just such an audience.
The enormity of it all would have overwhelmed him if he had stopped to think about it, but he didn’t; he just strummed and strummed and then, feeling the firm push of Dayna’s hand against his shoulder blade, stepped up to the mike and belted out the next verse. He heard his voice — his voice! — booming from the monitors and speakers, louder than he’d thought possible. The boy sang fairly well; what he lacked in technique he made up for in clarity and sincerity, and by mid-verse virtually everyone in the building was either cheering his effort or singing along. Dwarfed by the vastness of the crowd, the boy had never felt so colossal; knees trembling, he’d never known such strength or self-assurance, such explosive, runaway joy.
From his elevated vantage point, he could see the entire audience from which he’d just emerged. The audience, in turn, saw what the boy could not: the small female figure behind him taking two steps back and then turning, veering off to the side, moving quickly past the drum kit, ducking into the shadows and receding from sight… 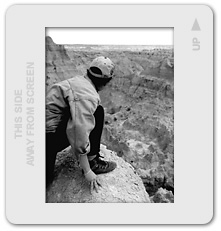 Dayna scrambled to her feet and stood up straight, hands on her hips, giddily grinning from ear to ear. At first, she didn’t quite know why, but then it hit her: this was the closest she’d come in weeks to feeling good…the closest in months to feeling good about herself.
Unbuttoning her jacket, she looked all around her. The elevated angle not only afforded her a view of numerous newly exposed slopes and peaks; it also revealed caves and crevasses, faults and fissures, hardy patches of scrub dotting the base of a neighboring formation, even the occasional juniper tree stubbornly jutting out of the rocky clay below.
How, Dayna wondered, can that be? How can anything derive sustenance from such parched and unforgiving ground? How can a tree take root in this inhospitable, even hostile terrain…and how, if at all, could I possibly do likewise?
Dayna looked down and kicked once, twice at the earth beneath her. Perhaps…perhaps I’ve already begun.

And one more excerpt (edited slightly for context), from Chapter 9: 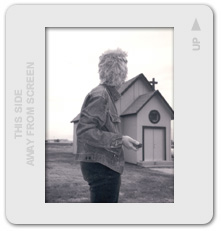 “You believe in God…don’t you?”
Dayna sighed. “I don’t know. Maybe. I try…but they don’t make it easy. The Almighty’s p.r. people are doing a piss-poor job of representing their client, y’know?”
“I know.” Reaching out, Kayla took Dayna’s hand; they left the road and headed back across the lot. “There’s this church in Rapid City that’s…better,” she said. “Guess I’ll just go there from now on.” Then, softly: “Kind of a trek from here…”
“I believe in something,” Dayna went on. “Sure; call it God. Yeah, I guess I do. It’s just that the two of us, God and me — we’re not exactly on speaking terms.”
Kayla turned toward her. “Why’s that?”
“People always talk about how we ought to repent for our sins, tell God we’re sorry.” She kicked a jagged stick out of her path. “And I suppose I see some point to that; it’s good to be held accountable for your actions. But I also think that every relationship ought to be a two-way street.”
“What do you mean?”
By now they had reached the car. “This is probably some kind of blasphemy,” Dayna said, “but as far as I’m concerned, God ought to repent to me.”
Kayla opened the driver’s door and got in. “What for?”
Sitting down beside her, Dayna closed her own door and stared at the dashboard, trying to decide how much to reveal. She wasn’t used to having someone with whom she could talk like this. “I don’t want to go into any detail; not here. But it involves something that happened to me when I was a child. Something…God-awful. Something I prayed would end, prayed for weeks — for all the good that did me.”
“But God didn’t cause it.”
“Didn’t stop it, either.” She turned away. “This may be pride talking, but I can forgive someone who lets me down — I can focus on the good and excuse the rest — as long as they say, ‘I’m sorry.’ She looked back at Kayla. “But God’s never said anything of the kind.”
Kayla stuck the key in the ignition. “Not in so many words.”
“What do you mean?”
She started the car. “Look at how you’re feeling — I mean, compared to before. Look at the…the hope and the healing you’ve received.” Kayla grabbed her companion’s leg and gave it a shake. “Dayna, look at who you’re with! If all of that doesn’t add up to an apology, then I don’t know what does.”
As Kayla shifted into gear, Dayna began to reply but then stopped, reconsidered, remained silent. Kayla’s was a novel, even off-beat way of looking at the world — quite different from Dayna’s own. But the girl did seem to have her shit together, so maybe there was something to what she’d said. Maybe she had a point.
The thought lingered, potent and persistent, as Kayla turned her car around and drove them away from church, out of town and back down the winding road home.