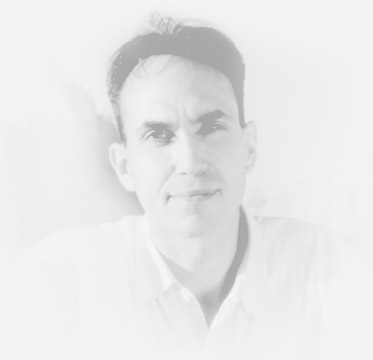 Paul McComas is the author of five critically acclaimed books: two novels, Planet of the Dates (2008, The Permanent Press; optioned for adaptation as a Hollywood feature) and Unplugged (2002, John Daniel & Company; the best-reviewed small-press novel of 2002); two short-story collections, Twenty Questions (1998, Daniel & Daniel; now in its third printing) and Unforgettable: Harrowing Futures, Horrors, & (Dark) Humor (2011, Walkabout Publishing; a Second Prize winner at the 2012 Midwest Book Awards); and the novella Fit for a Frankenstein (2013, Walkabout). He’s also the editor of two anthologies, First Person Imperfect (2004) and Further Persons Imperfect (2007). Paul co-authored the novel Logan’s Journey (slated for 2014 publication) with William F. Nolan, bestselling author of the SF classic Logan’s Run, and is co-authoring Exile on Poverty Row: The Life and Films of Edgar G. Ulmer for 2015 publication by an academic press.

A two-time (2003, 2006) recipient of the Chicago Reader’s Critic’s Choice in Theater/ Performance, Paul “came up” in Chicago’s mid-1980s to mid-’90s spoken-word/ performance-art scene, and he is as acclaimed for his live presentations as for his writing; the Chicago Tribune calls his performances “urgent and mesmerizing,” and the Chicago Sun-Times says, “No one else is giving author events this lively.” He has performed his own work at ninety theaters and other venues nationwide, as well as on National Public Radio’s “Tavis Smiley Show” and on numerous NPR affiliates.

Since 1998, Paul has taught writing, literature, and film at numerous sites and at multiple levels, from adult-ed to Master’s programs, winning teaching awards from Northwestern and National-Louis universities. He has been a Visiting Artist at twenty universities, academies, and arts-centered high schools; he lectures about literature, film, and writing nationwide; and he has paneled at annual meetings of the the Association of Writers & Writing Programs and the National Poetry Foundation, among other organizations.

Paul founded the teen-suicide-prevention program Rock Against Depression (1995–2000) and received the Mental Health Association’s Distinguished Service Award. He is a member of both the National Leadership Council and the Speakers Bureau of the Rape, Abuse, and Incest National Network (RAINN). Paul’s anthologies, charity concerts, Dayna Clay CD, No-Budget Theatre DVD, and Amateur two-CD set have raised $13,000 to date for RAINN, mental-health outreach, wilderness preservation, at-risk youth, and blood services (he’s also donated 111 of his own pints—not all at once!).

Born and raised in Milwaukee, Paul earned a BA in English from Lawrence University and an MA in Film from Northwestern.

He and wife Heather, a fellow fiction writer, live in Evanston, IL, with their adopted rescue greyhound, Sam.